For counting and batching chicken wings
Watch the video
Counting
Up to 45.000 wings per hour
Batching
Wings are divided into batches
Packaging
Trays or bags for traysealer filled automatically 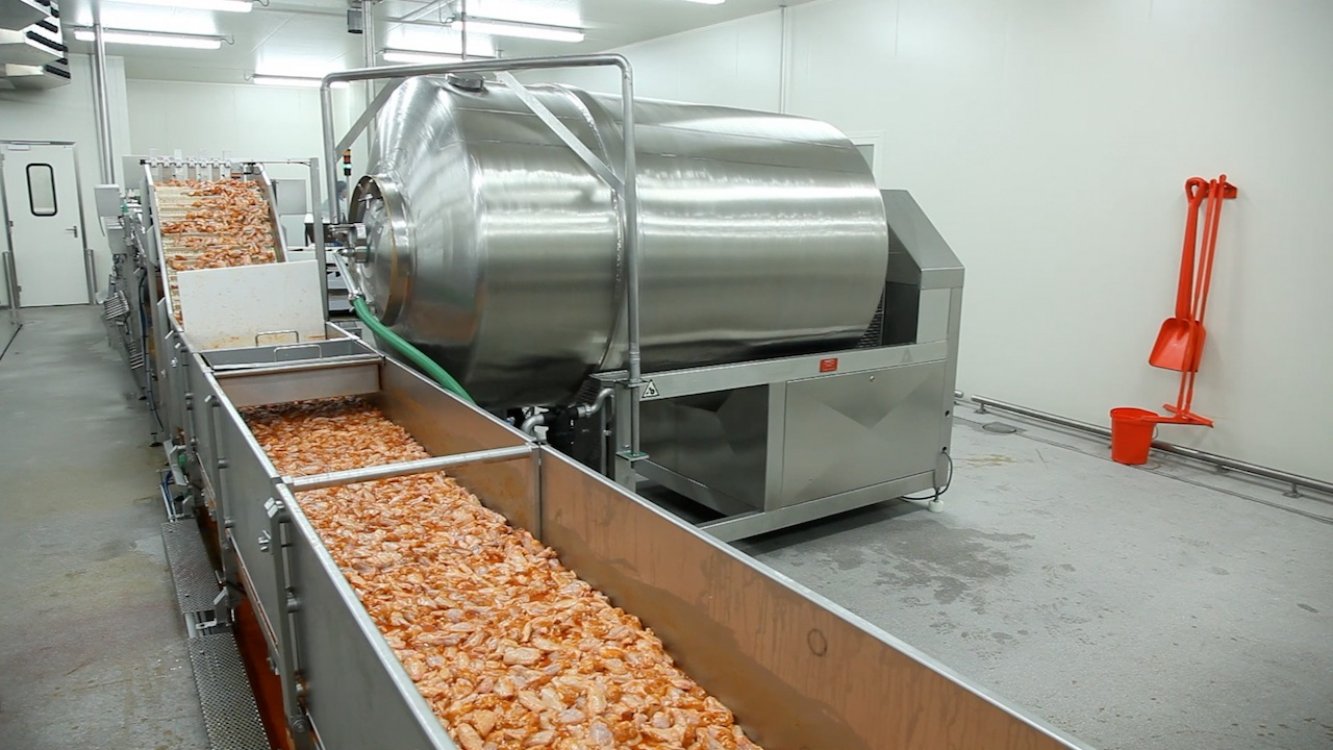 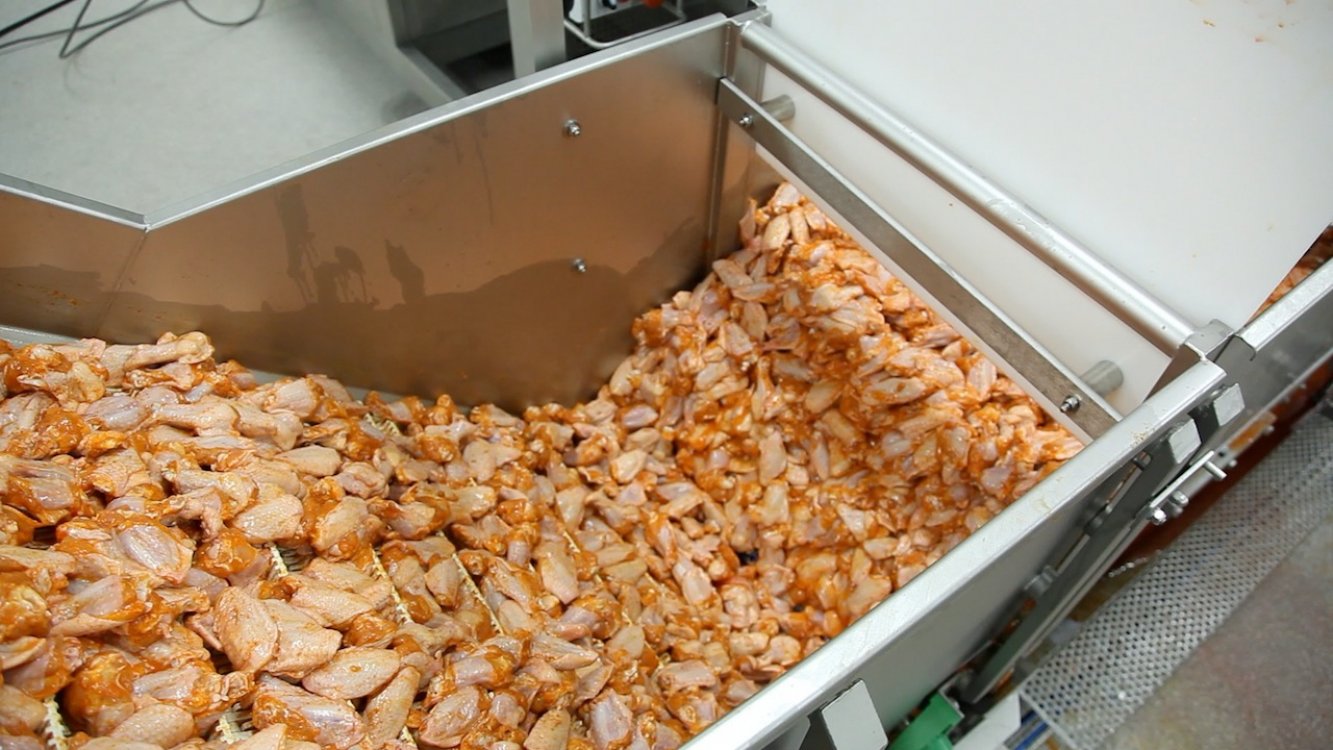 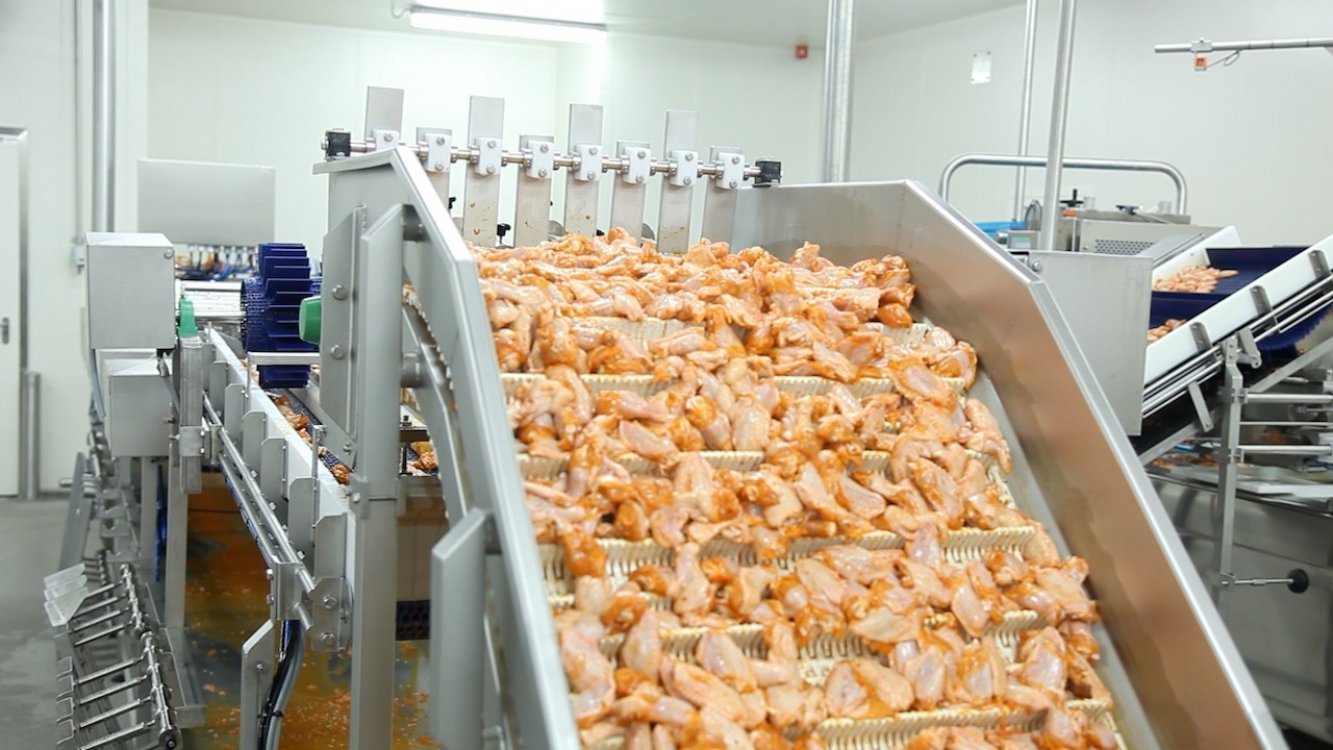 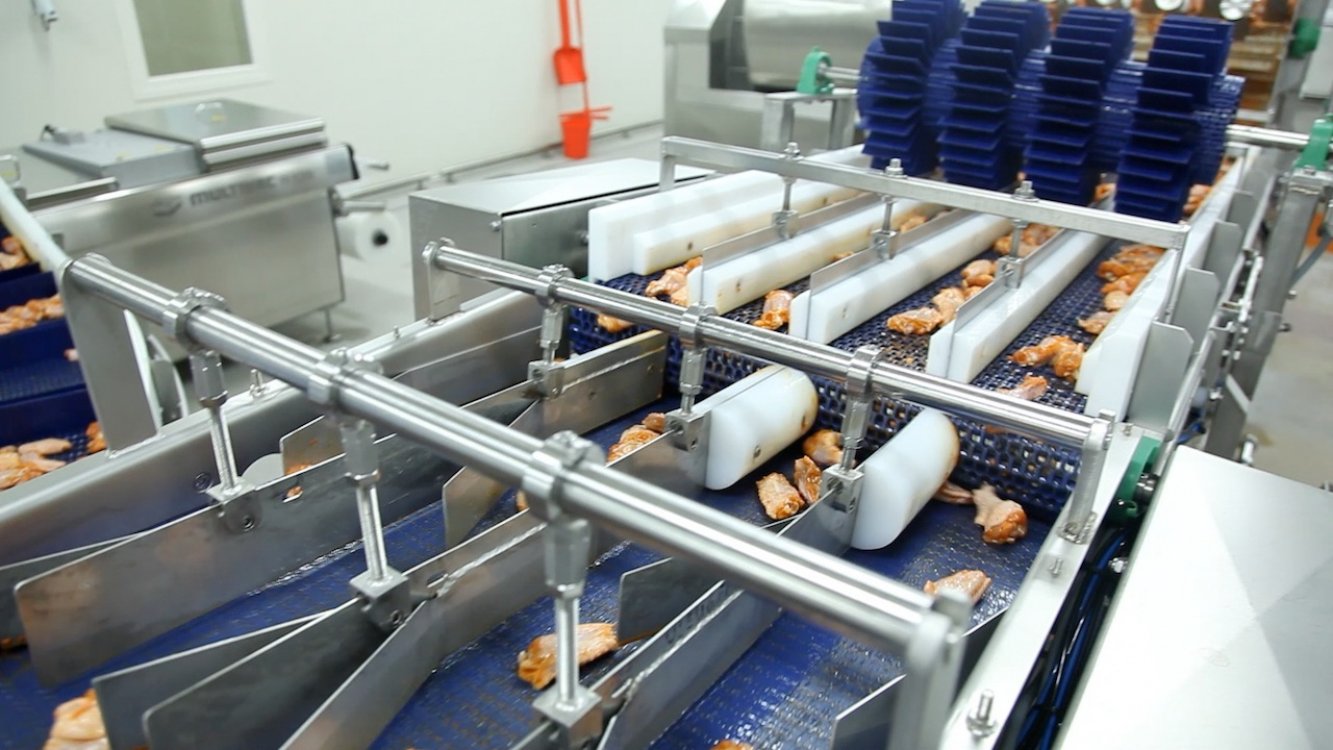 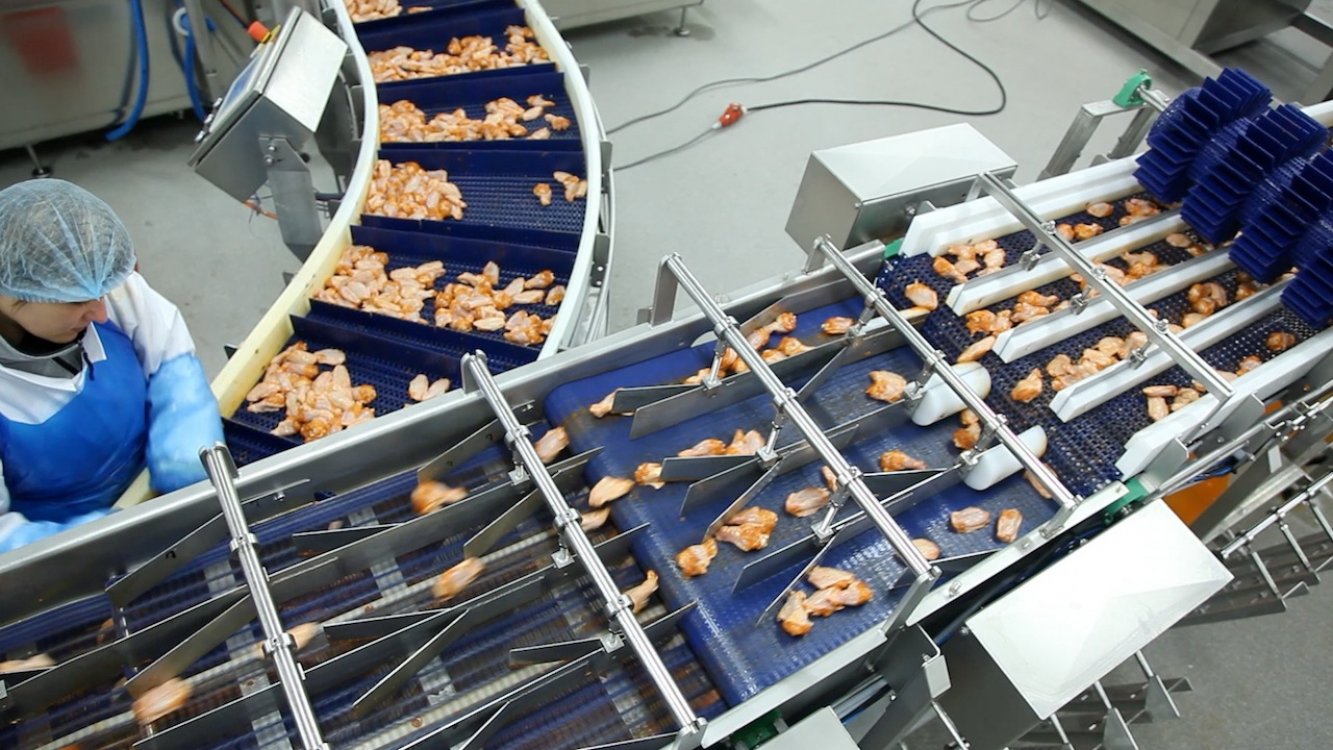 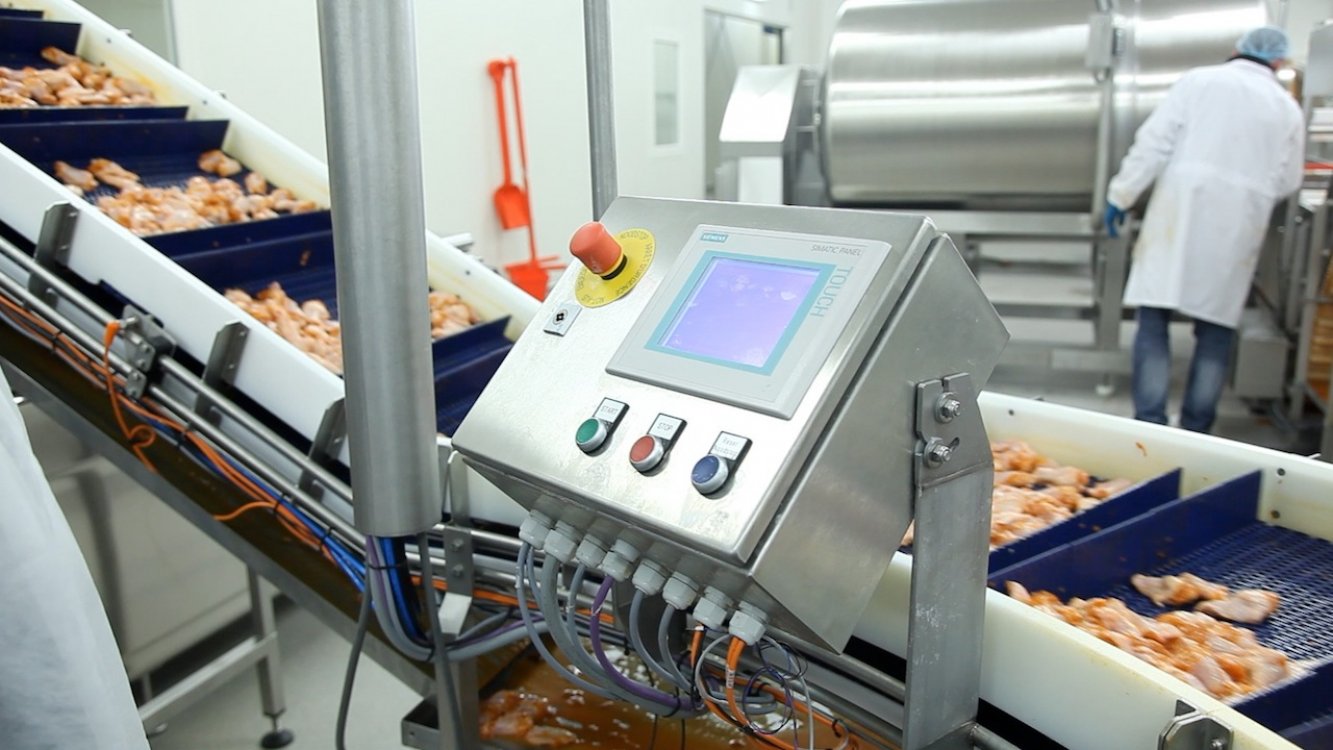 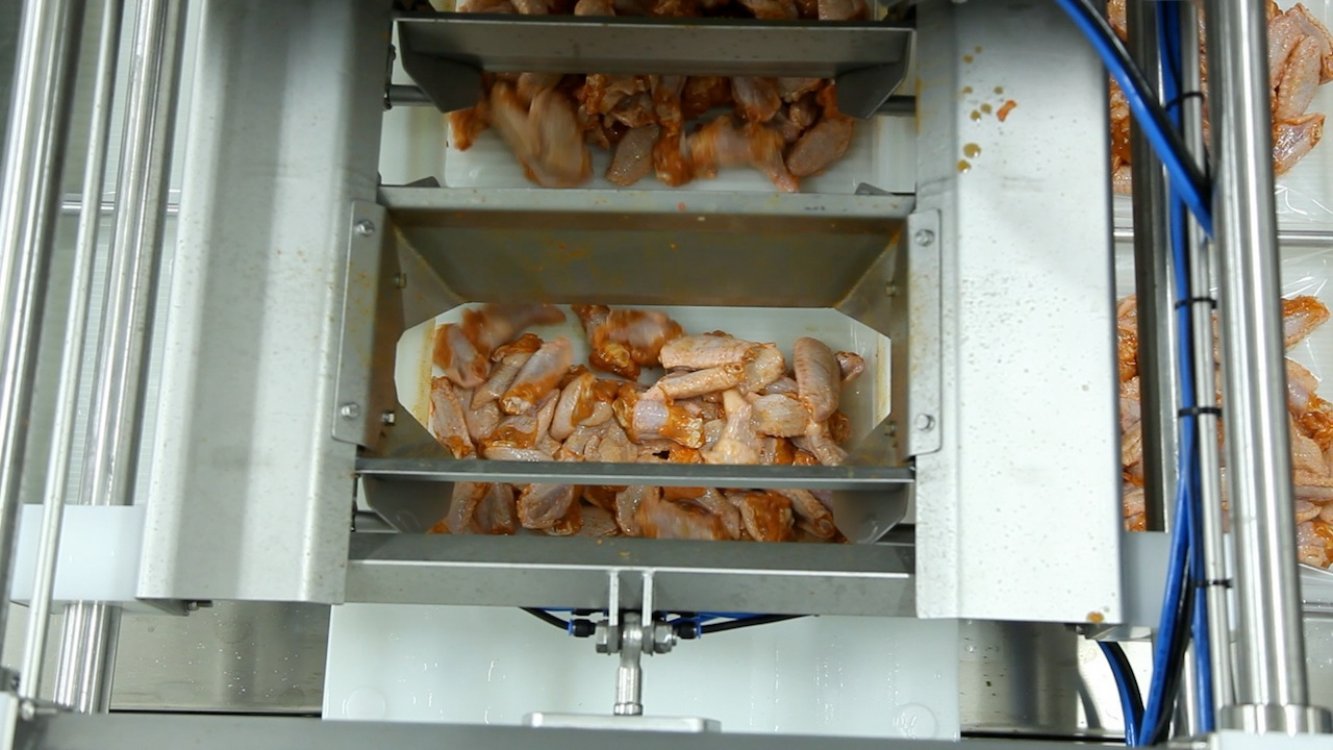 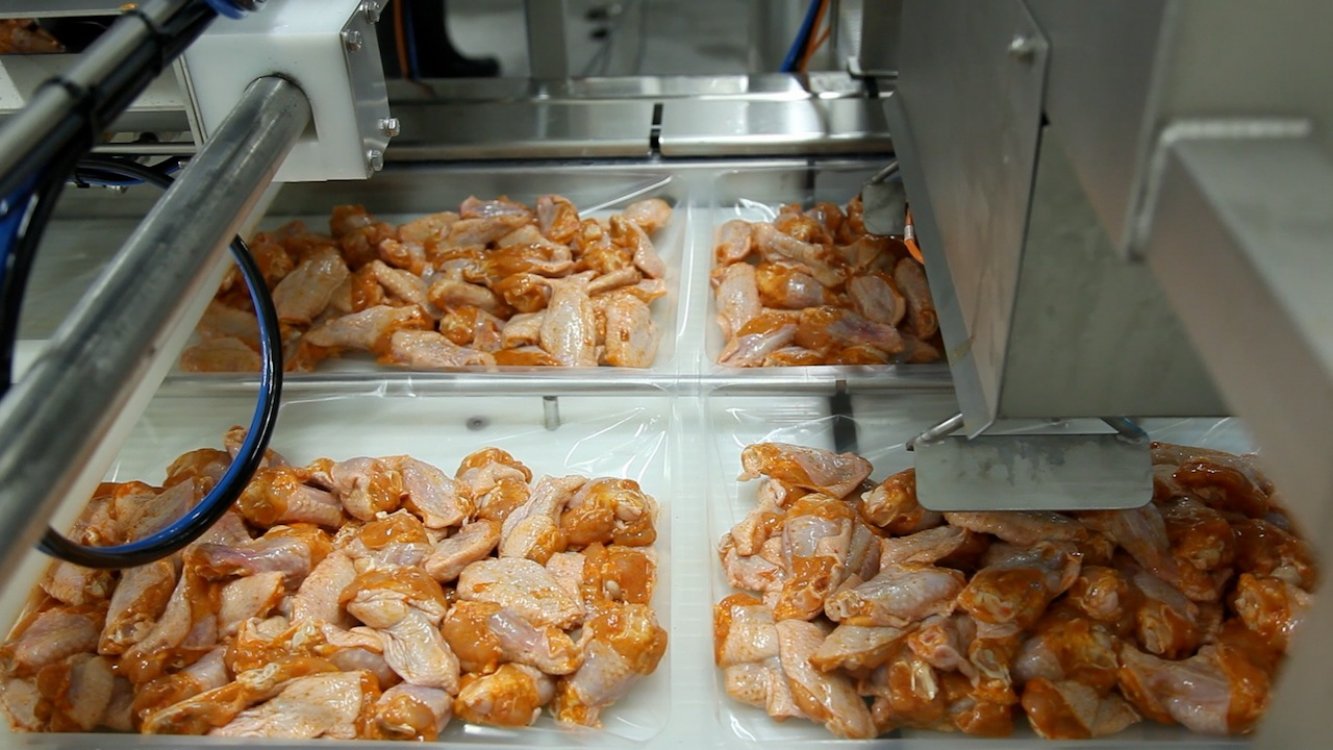 The wing counting system of Jansen Techniek is a unique system designed to automatically count, batch and package chicken wings. The system consists of the following components:

The chicken wings are collected in a large capacity buffer bin which has two integrated conveyor belts. One moves the product towards the front of the bin. The other transports the product up and out of the bin, feeding it onto the counting system at the right speed, without applying too much pressure on the product and without losing any marinade. The belt speeds can easily be adjusted to fit the desired production speed and thanks to its hygienic construction the buffer bin is easy to clean.

The batches are collected and transported in compartments after which they are dispensed into the buffer hopper system which in turn dispenses the batches neatly into the tray sealer.

The system is controlled from a stainless steel e-cabinet which is fixed to the counting system. All belts are controlled by Danfoss inverters and programmed with Siemens software.

The wing counting system of Jansen Techniek is a unique system designed to automatically count, batch and package chicken wings.

Mechanical engineering in the food industry

Jansen Techniek specialises in custom mechanical engineering for the food industry. We’re always on the move, and develop solutions aimed at optimising the production processes for our customers every day. In addition to our counting systems, we supply many other systems including conveyor belts, portioning machines, grading lines, descalers and flat fish gutting machines.

Almost every system we construct is unique. Tailored entirely to your situation.